I’m a reporter. At least I used to be.

Investigative – perhaps too investigative. Those in power don’t want us to know what they’re up to. Maybe we don’t want to know ourselves.

On the night of July the 30th a spaceship landed on Earth. You would think news like that would be on every front-page on Earth, wouldn’t you? But what we’re allowed to know doesn’t depend on how important it is, but whether or not it fits with what they want us to believe.

The spaceship landed on a small island in the Pacific, so I went down there. Of course, as always in such cases, the area had been cordoned off and was crawling with military personnel, so I checked in at a hotel on a neighboring island. 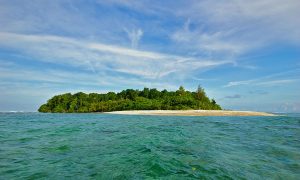 The official explanation was the construction of a bacteriological research center – biological warfare – which really didn’t sound so unbelievable. But then I noticed one of the other guests staying at the hotel, a professor type, who was acting very strangely.

He wouldn’t tell me what he was doing there, and then one day he was gone. So I sneaked a look at the hotel register, and if it wasn’t Professor Bruce Bennett, the world’s leading authority on aliens!

The next day I went to Rendova and got hold of a rubber dinghy, and under cover of darkness I managed to get ashore on Tetepare, which is completely covered with forest. It’s not exactly a pleasant spot, especially at night, but that was nothing compared to what happened next.

Something came crashing through the woods, and in the very next moment I stood face to face – if you can call it that – with the most appalling creature ever encountered by a human being. The best comparison I can think of is a fairy-tale dragon, but infinitely more terrifying. It had eight legs or limbs, the four in front reaching out for me, and in that moment I knew instinctively that I had only seconds to live.

Then all of a sudden the monster collapsed, and a youth all dressed in white came out of the thicket, putting something, which must have been a weapon, back in his belt. He was fair-haired with blue eyes and appeared friendly.

“Don’t be afraid!” he said. “My name is Uriel, and I come from the planet Eden.

The creature that you see is a dero. The deros came to Earth one million years ago.

The reason you don’t see them is their ability to assume human form. For thousands of years we have tried to protect you from them, this being the origin of your myths about angels and demons.

We were shot down by order of deros in your government, and they are also the ones responsible for cordoning off the island. As soon as we have repaired our spaceship, we shall fly to one of our safe bases on Earth.

You, on the other hand, must leave the island at once, as you are in danger here. I shall presently escort you back to your boat.”

Soon after I found myself back at my hotel, and had it not been for the burn that the dero had managed to inflict on me with one of its forelimbs, it might all have been a dream! 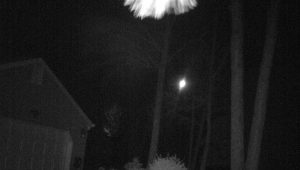