We Are Not Alone

My name is Fred Moore. I used to be a reporter.

Except I didn’t report anything. Apart from the daily bulletin from the Ministry of Propaganda.

And it was all bullshit. Making the world safe for democracy.

So one day I decided to write another kind of bullshit. I’d done some thinking, you see.

Have you ever wondered how in a democracy it’s always the same people getting all the breaks? Then I thought, suppose they’re not people at all.

Maybe they’re from another planet. Maybe they’ve already taken over.

Have you also noticed how elected officials seem to change as soon as they’re elected? That’s when they learn the truth. 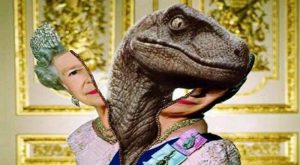 And then it’s: Do it our way, or get yourself eaten! It makes a lot of sense, doesn’t it?

So I got fired. But then I thought, sooner or later they’re going to make a mistake.

And furthermore, I think that’s what just happened. Somebody saw something.

Some guy named Ashley Lee on Vangunu – that’s a Pacific island – saw something coming down on the night of July 30th. On Tetepare, a desert island. 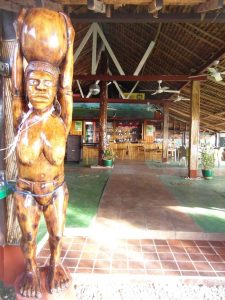 And wouldn’t you know, just a few days later the Navy moved in. So I went down there.

I was told by the locals that it was a secret installation being built there. But in that case, what was Bruce Bennett, the world’s foremost expert on aliens, doing there?

No, I didn’t go ashore. That was bullshit too.

Got your attention, though, didn’t I? And the fact that an alien spaceship crash-landed on Tetepare, that isn’t bullshit.

You can look it up! Or maybe you can’t.

So why cover it up? Because the government has known about it from the very start!